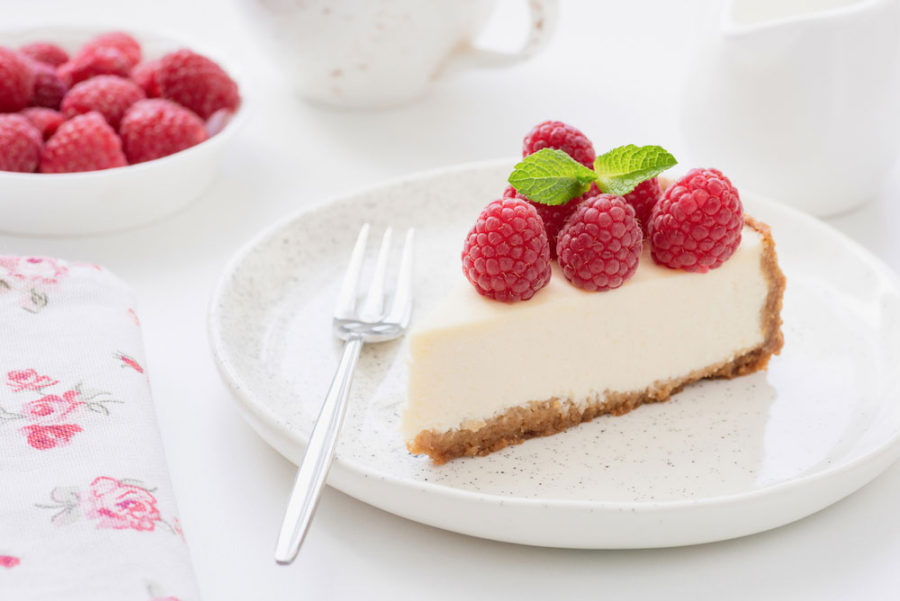 Probably one of the best things about the ketogenic diet, aside from quick weight loss, is the abundance of low carb desserts out there.

From cookies to cake to ice cream and more, there’s a dessert for everyone to enjoy while still losing weight.

So a keto cheesecake is a no brainer, right? Right.

Since the main ingredient in cheesecake is, in fact, cream cheese, this delicious dessert doesn’t need much tweaking to become low carb.

A simple almond flour crust (or no crust at all) and a sugar-free sweetener are pretty much all you have to change to make a delicious keto cheesecake recipe.

The reality is, you only need one good cheesecake recipe in your arsenal of desserts.

But the truth is, it doesn’t hurt to have variety.

That’s why I rounded up the best of the best low carb cheesecake recipes you can enjoy on the keto diet. 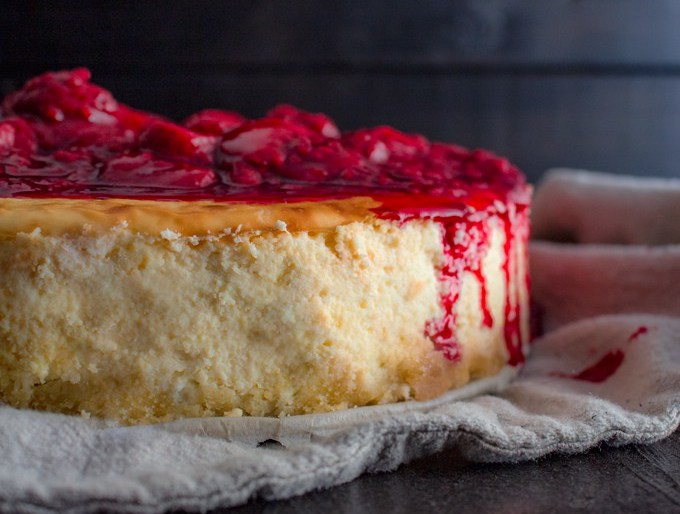 What sets it apart from all the rest is its heavy, dense texture that’s so rich you only need one slice.

Since this keto cheesecake recipe was adapted from a New York style recipe, you know it’ll be satisfying from the first bite.

And because the cheesecake filling is really the star of the show, you can easily omit the crust and it’ll still be just as delicious but without all the carbs! 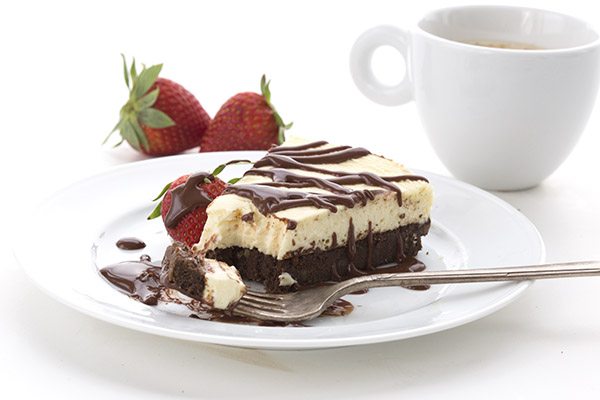 Image courtesy of All Day I Dream About Food.

The best desserts are those that combine your love for two different desserts into one.

Honestly, what more is there to love? You can’t go wrong with this brownie cheesecake.

Get the recipe: Brownie Cheesecake 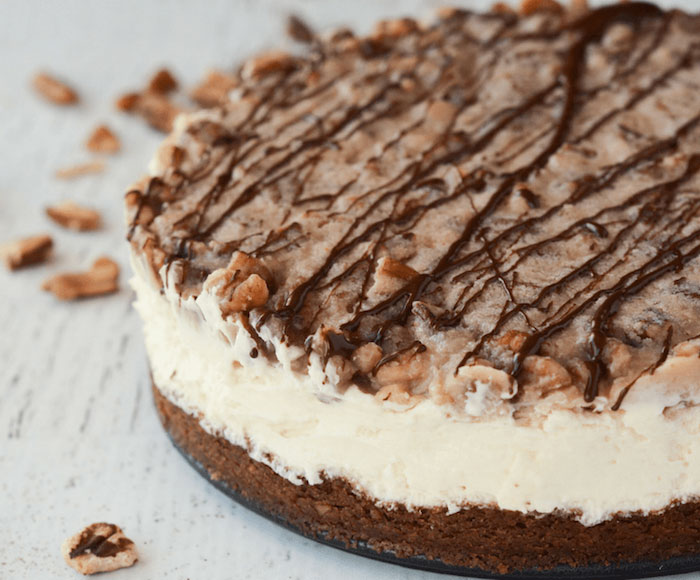 Homemade pecan pie cheesecake is the perfect dessert for the holiday season.

And yes, you can even bring this to holiday parties and gatherings to share with non-low carb friends and family because it’s THAT good, they won’t be able to tell the difference.

Or, you know, you can just make this whenever you’re craving a low carb pecan pie cheesecake because it’s good year round, too.

Aside from how delicious this keto cheesecake recipe is, it’s also quick and easy to make, too, since it’s actually a no-bake cheesecake (except for the crust). That means it’s easy as (pecan) pie to make. 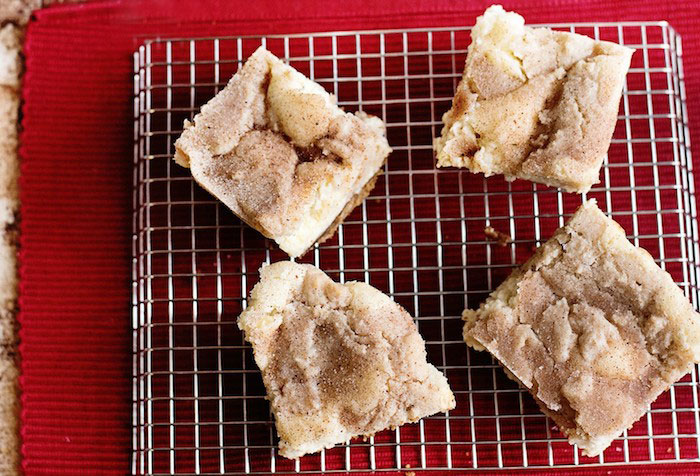 Image courtesy of How to This and That.

Have you ever had homemade sopapilla cheesecake? Because this is basically the low carb version of it.

With a cinnamon almond flour crust, sugar-free cream cheese layer, and a generous sprinkling of sugar-free sweetener and cinnamon on top, this really is hands-down the best cheesecake recipe out there.

The cinnamon and *sugar* snickerdoodle aspect of these means they pair well with a cup of coffee or a glass of milk. Mmm-mmm-mmm. 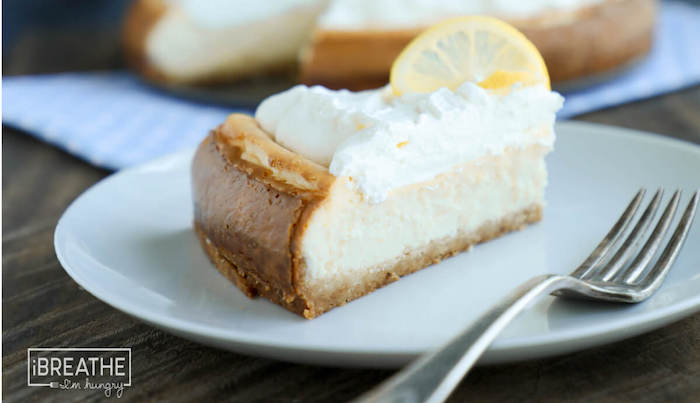 For those days when you just don’t feel like putting in a ton of effort but still want some cheesecake, blenders are the way to go.

And would you believe it? That’s exactly what this lemon keto cheesecake recipe calls for.

Making the cheesecake layer is as easy as throwing all of the ingredients into a blender and blending. Easy peasy, lemon squeezy, am I right?

The final result is an impossibly creamy, tart and sweet lemon cheesecake to devour. 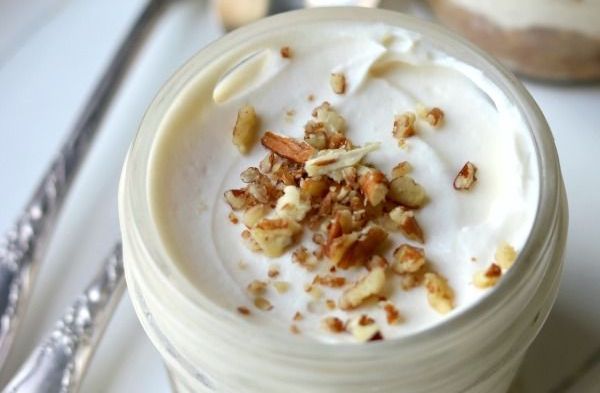 Three words: No baking required. It’s as easy as mixing and chilling, and then of course eating.

Although this cheesecake isn’t baked, it’s still rich and creamy, just a little lighter and less dense than a baked one. But who’s complaining?

Aside from the super simple recipe, a lot of people love this low carb cheesecake because it freezes well and calls for 6 individual portions instead of 1 large pie.

This is great for anyone that’s following the keto diet by themselves and don’t want to waste any or make too much. 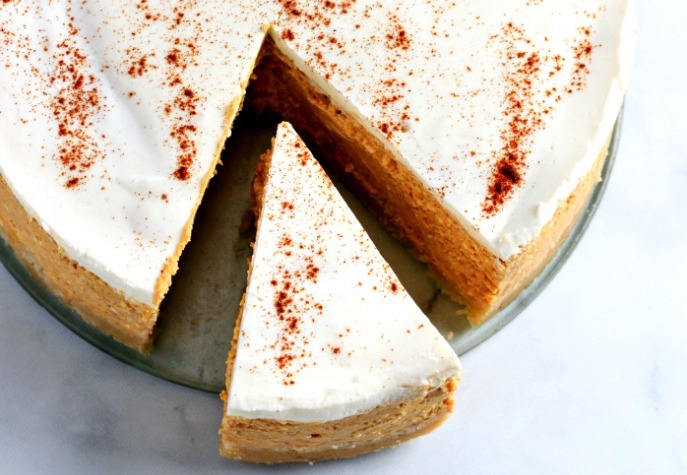 Image courtesy of Beauty and the Foodie.

Autumn or not, you can’t turn down a delicious pumpkin dessert, especially when it’s as creamy and delicious as this one.

In fact, since this cheesecake is made in an instant pot, it’s the perfect dessert to make in the summer when it’s too hot to turn on the oven.

Or, whenever you want a perfectly cooked cheesecake, because pressure cookers are the bomb at making cheesecakes. 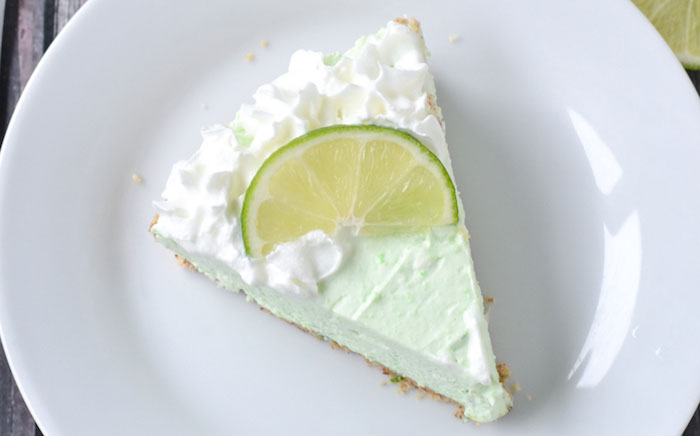 First we had the lemon, now we have the lime.

If you love key lime pie, wait until you try key lime cheesecake.

It’s low carb, super easy to make, and the perfect refreshing fat bomb or dessert to end your day.

Top it off with a dollop of whipped cream, like the So Delicious CocoWhip, and enjoy yourself a delicious slice of cheesecake bliss. 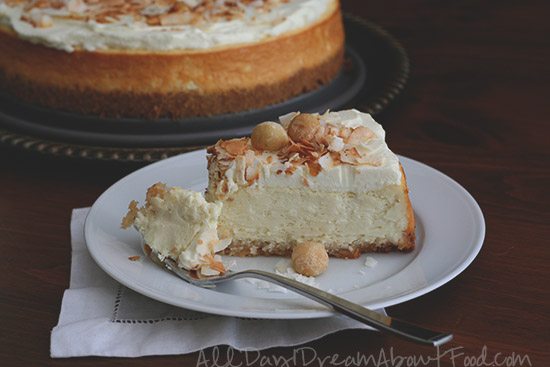 Image courtesy of All Day I Dream About Food.

Where are all my coconut lovers at?

Somehow this coconut cheesecake filling is light and airy, yet still rich and creamy.

The creamy filling is offset by a crunchy macadamia nut crust and topped off with a toasted coconut and whipped cream topping. And it’s only 4.6g net carbs!

Seriously, what is there not to love?

Get the recipe: Coconut Cheesecake with Macadamia Nut Crust 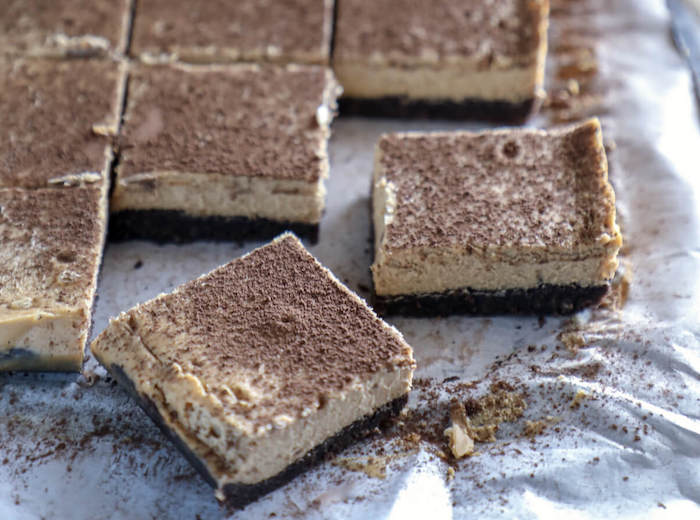 Since you can never have too much coffee, it makes sense to create a cheesecake using it.

This particular cheesecake boasts a chocolate cookie crust, a rich and creamy espresso cheesecake layer, and is topped with a dusting of cacao powder. 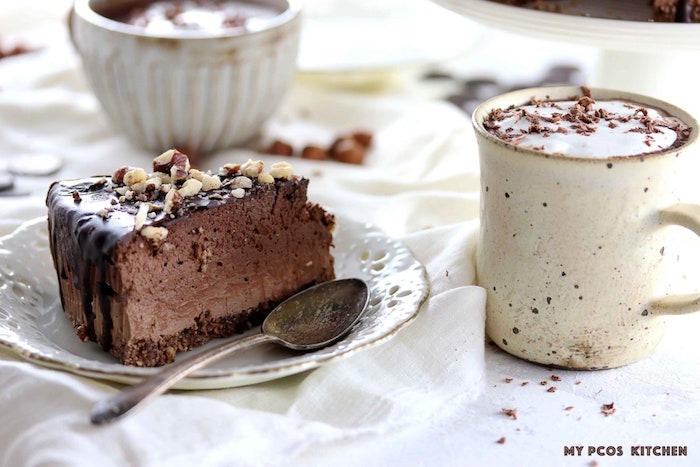 Image courtesy of My PCOS Kitchen.

Let’s break it down: there’s a chocolate crust, chocolate cheesecake filling, and chocolate ganache drizzled on top with a sprinkling of hazelnuts.

As a result, you’re left with a dense, creamy, and chocolatey cheesecake heaven you won’t ever forget about.

Death by chocolate cheesecake guaranteed, but so worth it. 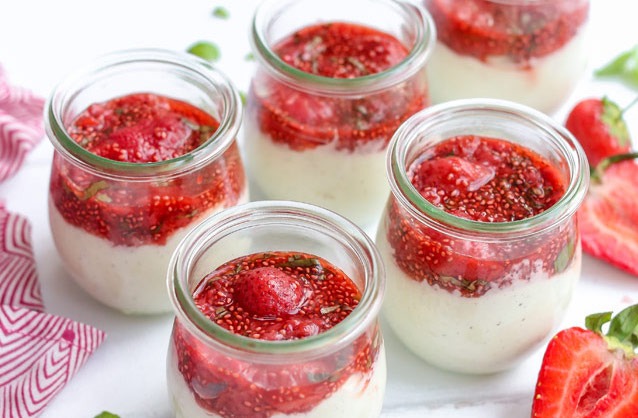 This strawberry cheesecake is a classic dessert with a twist.

For starters, it’s in individual jars which is perfect if you have company, but there’s also no crust.

These keto strawberry cheesecake jars are the perfect easy snack or dessert for your sweet tooth.

Cheesecake is the Perfect Keto Dessert

With easy to modify ingredients, cheesecake is a no-brainer when it comes to low carb desserts.

Once you find a good one that’s hard to beat, why not try another one? You just might find one you like even more. So try them all!

You can never have too many keto cheesecakes laying around. 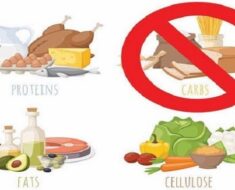 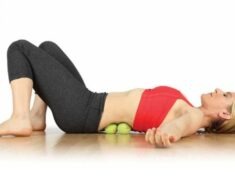 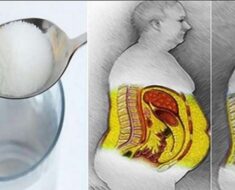 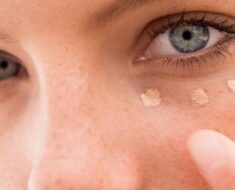 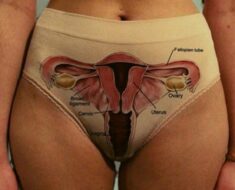